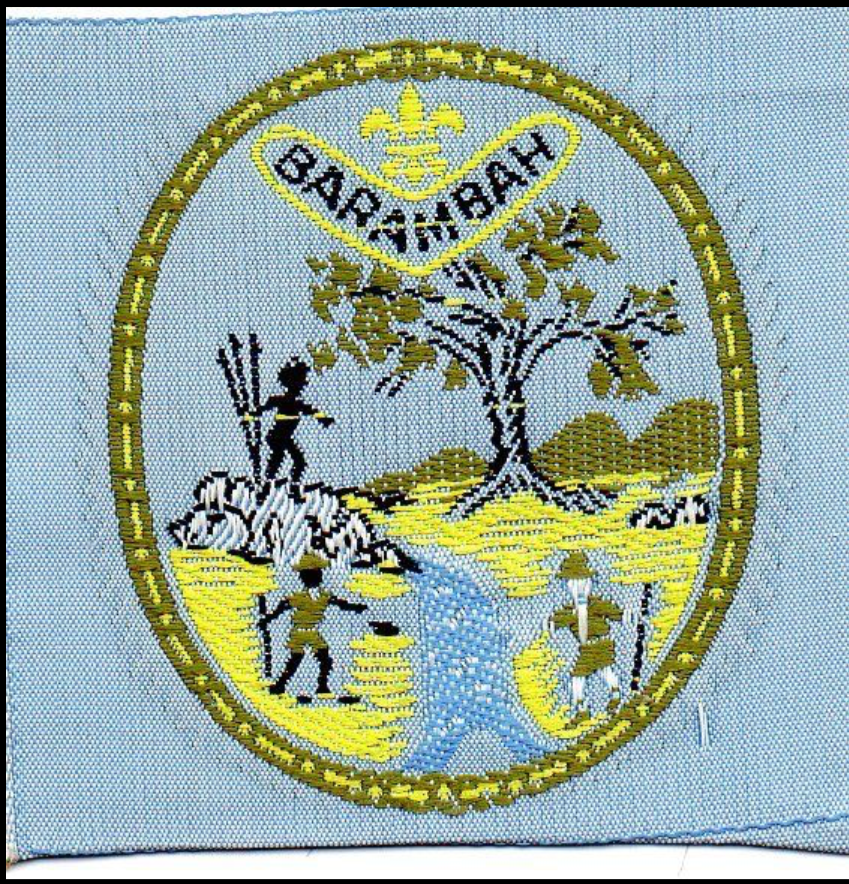 Barambah comes for the Wakka Wakka aboriginal word “Buranba” which means “Westerly wind [1, 2].  The district is named after “Barambah Creek”, which is in the locality of Cherbourg.  Cherbourg was originally known as Barambah.

Barambah District was formed in 1960/61 when it split from South Burnett district (i.e., mentioned in the Branch Annual Report 1962/63, but not mentioned on Branch Annual Report 1958/59) and the first District Commissioner was H. Nichols [2, 3].  It was absorbed into Bunya district in the 1970s [4].  It estimated that the district closed just after 1972, as training calendars mentioned Barambah district until up to May 1972, and from 1973 onwards, Gympie district and Beaver Masters districts are instead mentioned as training sites with no mention of Barambah district [5, 6, 7].