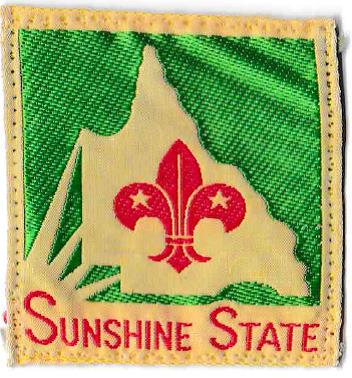 The Start of Scouting in Queensland

The evolution of Troops, Groups, Districts and Regions that most scouts are familiar with in 2020 has a somewhat turbulent past in Queensland, with regular changes in titles, and administrative function. On this page, we seek to provide the reader with a brief description of the history of how these terms have emerged, and evolved, during Queensland’s scouting history.

Scouting first started in Queensland when 4 scout “Patrols” were formed in 1908.  Initially, entry into scouting was via membership of organisations that sponsored these patrols (i.e., religious groups, private schools). As time progressed, an ‘open system’ of membership was introduced. When several patrols were grouped together, they formed “Troops” and the first troop that was registered in 1909 (i.e., 1st Kangaroo Point).

The concept of the “Group” which encompassed multiple sections (i.e., Cubs, Scouts, Rovers), only emerged in 1928.  From then on, several Groups combined together to form a “District”.  By 1933, the concept of several districts being grouped together to form a “County” (i.e., Brisbane County) was introduced.  In 1965, the title “County” was changed to “Area”, where the “Area” was responsible for a variety of administrative and training functions through local “Area” offices.  Somewhere around the mid-1960’s the term “Local Association” was formally changed to “District Association”.  By 1983, Districts and Groups in the country areas were designated “Regions” where the administrative and training functions were managed by Queensland Branch Headquarters, and supported by 3 Field Commissioners. By 2003, the administration of scouting in Queensland is centralised at Queensland Branch Scout Headquarters, and all “Areas” are renamed “Regions”.

Chronology of the Organisational Evolution of Scouting in Queensland

1908 The first four patrols formed in Queensland were at:

Scout ‘Divisions’ and ‘Districts’ were established

1924 Brisbane Division designated a district, with Local Associations grouped under it

1929 Queensland Branch took over the adminstration of ‘Northern Territory Scouting’ from New Scout Wales Branch, and continued to administer until 1955, when the South Australian Branch took over

Within the Country areas, the following districts were established:

1965 ‘Counties’ have their names changed to ‘Areas’. Each Area has as administrative office that was responsible for organising:

1983 Country Regions, whose administrative functions were administrated by a Regional Clerk at Branch Headquarters was established:

Fones, R. (1992). In the light of all the years. Toowong, Australia: The Scout Association of Australia-Queensland Branch.