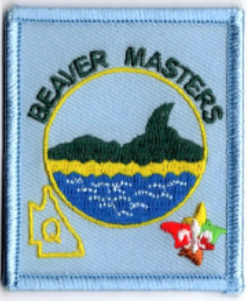 Beaver Masters district is named in honour of Louis Varsey “Beaver” Masters a local Scout Leader, who was appointed the first full time Country Training and Organising Commissioner (later known as Field Commissioner) in 1936.  He founded Sir Leslie Wilson Scout Camp, Florence Bay, Magnetic Island in 1956.  Beaver died on 15th May 1964, and his ashes rest under the alter at the camp chapel [1].  Beaver Masters district was formed in late 1964 or early 1965 [2].  The district used to be named “Near North Coast” district [2].

Prior to the Suncoast Region being formed, the district was part of the South East Queensland Zone, which was administered by Branch Headquarters in Brisbane, and districts were supported by Field Commissioners [3].  In 1972, the districts within this Zone included: Maryborough, Maheno, Gympie, Cooroora, Beaver Masters, Nambour, D’Agular Range, Murrumba, Bunya, Barambah, Condamine, Dolphin, South Coast, Stradbroke Island and Beaudesert districts.  In 1980 this district was re-designated part of Southern and Western Region [4].