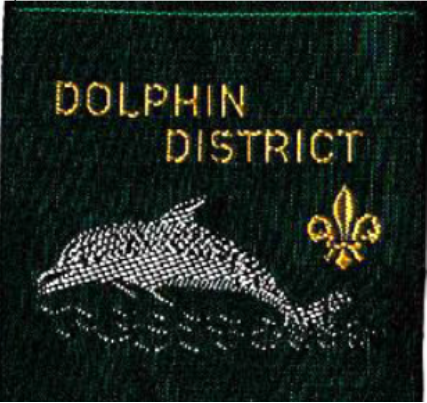 Dolphins common in the area, especially closer to the Moreton Bay area.  “Dolphin” is also the name given to a variety of Sports Clubs and Teams in the Gold Coast

Dolphin district was formed in 22nd June 1964, and was renamed to Gold Coast Dolphin in late 1982 [1, 2].  In 1964, the District Commissioner was R.A.J. Kingston [3].  Prior to the Gold Coast Region being formed, the district was part of the South East Queensland Zone, which was administered by Branch Headquarters in Brisbane, and districts were supported by Field Commissioners [4].  In 1972, the districts within this Zone included: Maryborough, Maheno, Gympie, Cooroora, Beaver Masters, Nambour, D’Agular Range, Murrumba, Bunya, Barambah, Condamine, Dolphin, South Coast, Stradbroke Island and Beaudesert districts.  In 1980 this district was part of Southern and Western Region [5].