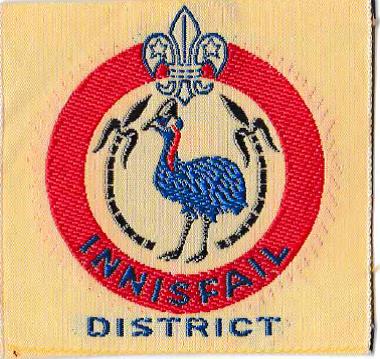 Bird = Cassowary bird local to the area and also the jungles of Papua New Guinea. The district was also within the Cassowary Coast Region.

Innisfail district is named after Innisfail a town and locality in the Cassowary Coast Region in Far North Queensland, Australia.  The town was originally called Geraldton until 1911, and changed to Innisfail to avoid confusion with Geraldton (Western Australia). In 1879, Irishman Thomas Henry Fitzgerald arrived in the area to establish a sugar industry. The house built by Fitzgerald and thus the first establishment in the area was called Innisfallen, after the largest island in the Lakes of Killarney, Ireland. Inis Fáil (Island of Destiny) is an ancient Irish name for Ireland itself.  It is the major township of the Cassowary Coast Region and is well renowned for its sugar and banana industries, as well as for being one of Australia’s wettest towns.