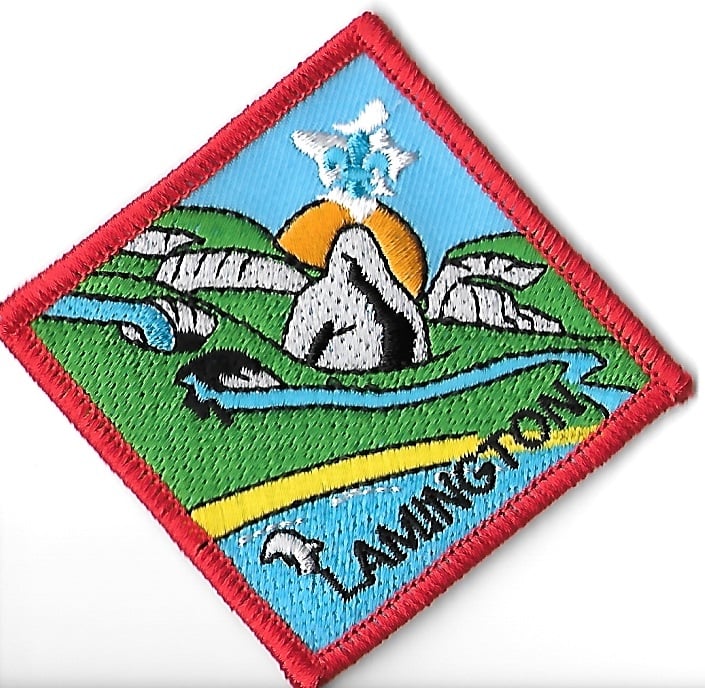 Egg Rock in the centre. Egg Rock is a volcanic plug in Numinbah Valley

Cave creek flows through Natural Bridge and eventually joins the Nerang River which meets the ocean at the northern end of the District. It flows across the District just as it does the badge.

The Dolphin is a link back to the history of the majority of the area which formed Dolphin District.

Lamington district is named after Lamington National Park. The park is named after Queensland Governor Charles Cochrane-Baillie Lamington [1].  Lamington National Park includes a series of densely forested valleys and ranges rising to more than 1100m on the crest of the McPherson Range, which marks the New South Wales–Queensland border. The park lies on the southern edge of the Scenic Rim, a chain of mountains stretching from the Gold Coast hinterland to Mount Mistake [2].   Lamington district was formed in 2019 [2].  The first District Commissioner was Deborah Phillips [3]