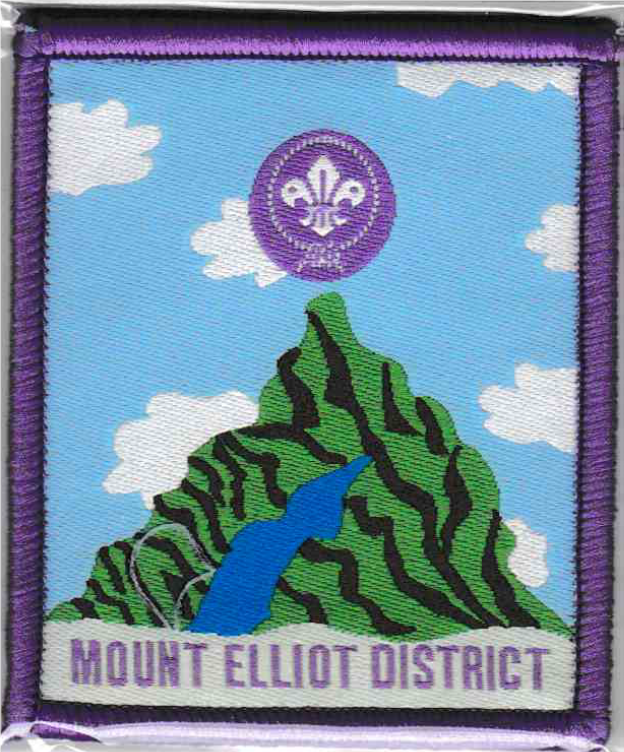 World Scout Emblem = world brother/sisterhood of scouting around the world

Blue Water = There are lots of springs and rivers (i.e., Alligator Creek Water Fall), besides one of the groups is on the Burdekin River.

The badge was designed by 2 scouts Tegan Kelsey (Belgian Gardens) and Shay Ryder (Wulguru Scout) in 2019.

Mount Elliot was formed in 2018 [1].  Its first District Commissioner was Jenny Staddon.

Districts within Kennedy Region’s three districts were named after mountains, by the Region Commissioner Andrew Houghton who said that “As scouts are always aiming high, mountains can also be climbed on, abseiled down, bushwalked, mountain biked, kayaked and canoed, flown around and mountains are essentially adventurous.  The mountain peaks overlook the region and have history both in our time and before like scouts, will be around long after we are gone” [2].