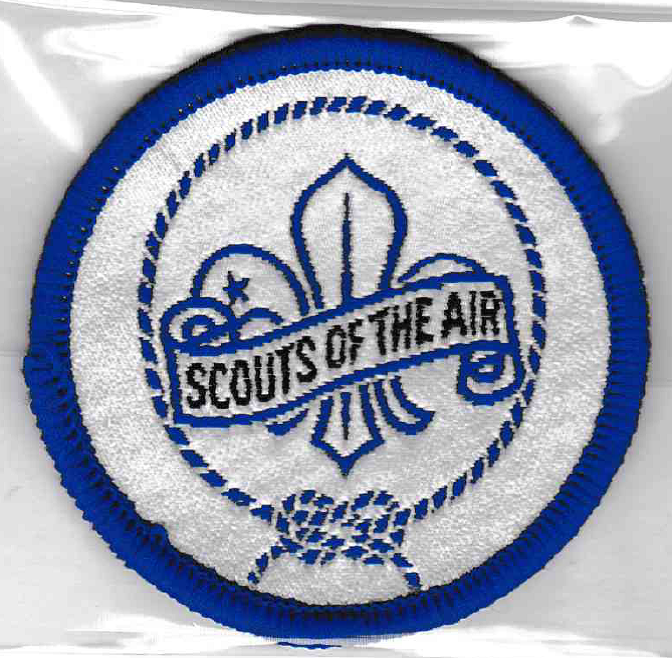 Scouts of the Air

The badge depicted above is from NSW.  The main badge used in Queensland was generally a name-tape with the words “Scouts-of-the-Air”.  Scout Logo encircled by rope with reef knot

Wording: Scouts of the Air

Scouts of the Air was originally conceived as a programme in Outback Queensland for Cub scouts who are in isolated communities who, are with “School of the Air” programme and would communicate, via radio, with a Cub Scout leader with regards to their programme [1. 2].

Where distance was a disadvantage, Cubs received extra training via radio communication.

In 2018: the Group was still being run out of the Mt Isa, School of the Air building.  They were part of the Central and Western Region.