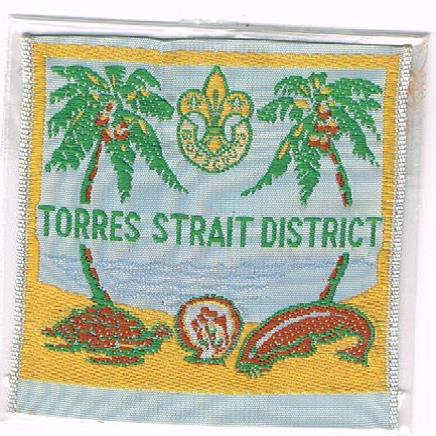 Turtle & Dugong = Hunting for dugong and turtle are part of the traditional way of life and livelihood of the Torres Strait Islanders, which is a major source of protein in their diet.  These sea animals may only be taken in the course of traditional fishing or for ceremonial purposes.  Turtles are taken in all areas of the Torres Strait, whilst dugong are caught mainly in the western region.

Coconut Trees = Grown as part of the local copra trade.  One of the islands is called “Coconut Island”

The Torres Strait lies between Australia and the Melanesian island of New Guinea. It is named after Luís Vaz de Torres, who passed through the Strait in 1606, and was second-in-command on the Spanish expedition led by navigator Pedro Fernandes de Queirós who sailed from Peru to the South Pacific in 1605.  It was the first recorded European navigation of the strait.  There are at least 274 islands within the strait, of which 17 have present-day permanent settlements.